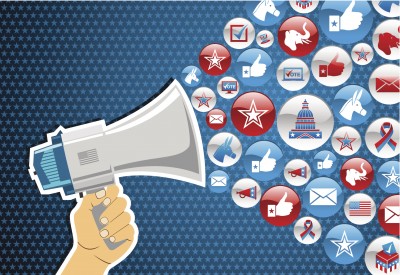 Having a Strong Digital Presence Is a Vital Campaign Strategy

Announcing  your campaign digital is an important step for any campaign. Jeb Bush’s recent announcement that he will “actively explore the possibility of running for President” was certainly not the first time a candidate has announced they are running (or almost running) digitally, but it brings up a few key points to be taken into consideration.

First, I think Jeb Bush missed a huge opportunity by announcing on Facebook and not including any sort of call to action. Running for President requires a HUGE amount of supporters who have your back. If he had asked people to go to a website, sign up for emails, follow him on Twitter or Instagram, like his Facebook page, any of these actions could have turned into quantified support for him down the road.

Taking advantage of online outlets as a means to campaign digitally is a smart and strategic way to make your intentions for office known. These days, everyone is online and it’s a great way to get in front of a large audience quickly. However, don’t forget that there are real campaign opportunities to take advantage online.

As a tried and true Democrat, I’m not too upset by Jeb Bush’s failure to take advantage of his digital audience, but for those Democrats seeking to run across the country, I hope they will make their digital presence strong and valuable to their campaigns.