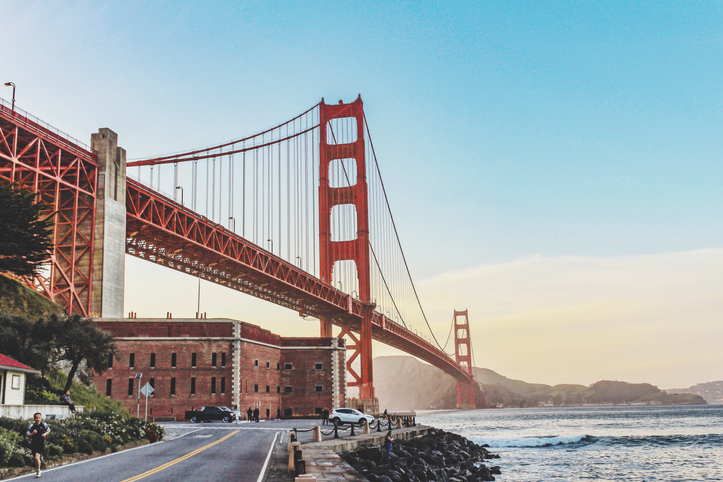 How Political and Social Movements in 1978 Transformed San Francisco

Lincoln Mitchell is a political analyst and writer based in New York and San Francisco. In his book, San Francisco Year Zero: Political Upheaval, Punk Rock and a Third Place Baseball Team, Mitchell explores how San Francisco became a city of contradictions as one of the most socially liberal cities with some of the worst income inequality in the United States. As a native of San Francisco, he explores 3 key events from 1978 from a personal and political lens to explain how these events and social movements now shape the city. Here are his 7 questions:

What was your inspiration for writing a book on San Francisco politics?

I grew up in San Francisco and graduated from UC Santa Cruz. In 1990, I moved back to New York, where I was born, to attend graduate school at Columbia. I got an apartment a few blocks south of the university and remember walking around the neighborhood a few weeks into the semester and asking myself how I ended up in such a conservative and conventional place. This is not the typical reaction of new residents to the Upper West Side of Manhattan My next thought was that I had grown up in a very strange time and place. For years the question of why San Francisco, despite all the new tech money, remains such a strange, wonderful and progressive town has interested me.

I decided that rather than writing a more standard political science book exploring that topic, I would write something more accessible that would approach this question from different angles. From there, it was a pretty short intellectual leap to land on 1978 as the key year.

San Francisco’s political environment differs from most other large cities in many ways. Despite having an even more extreme gap between the wealthy and the poor than almost any other American city with a gini coefficient that is much higher than the rest of the U.S. and close to that of Brazil, it is still in many ways a very progressive city. The political culture as well as the laws that govern the city are to the left of most major cities. San Francisco has also long been demographically different than most cities with LGBT, Asian-American and Latino populations that are quite large and, in recent years, a shrinking African American population. San Francisco has a long progressive history with social movements going back at least to the general strike of 1934.

This all contributes to San Francisco today having a very progressive political culture while also struggling with issues of poverty and homelessness. The wealth that has come into the city in recent years has changed the city in many ways most visibly by making housing extremely expensive.

In your book, you explore 3 key events from 1978. How did you narrow it down to these three events? What was the process like to find these links?

I think of punk rock, baseball and politics as storylines rather than events. I chose these narrative strands because together they tell so much, although certainly not all, of what San Francisco was like in 1978. If I had only written about the politics and social movements, the book would have not captured what it really like to have been in San Francisco in 1978. From May-September of that year, the Giants, not Harvey Milk, Jim Jones, Dan White or George Moscone were the talk of the town. The punk angle was important because it helps capture the strange cultural moment of 1978 where the 1960s, which lasted well into the 1980s in San Francisco, had become stale and part of the establishment. Punk was a reaction to that. If you grew up in San Francisco and were born between 1963-1975, you were constantly told how unfortunate it was that you missed the Summer of Love while seeing hippies in positions of authority. By writing about punk, I tried to give a voice to those of us who were not there for the Summer of Love in 1967, but still had our own cultural touchstones.

You use the San Francisco Giant’s breakthrough baseball season as one of the three key events of 1978 that shaped the city’s political values. How can sports help define the identity of a city politically and socially?

The Giants did not quite define the city politically and socially, but they helped bring a divided city together. However, it should be remembered that the baseball season, at least for the Giants, was over by October first, and the assassinations and Jonestown did not happen until November, so we did not turn to Giants at that moment to offer us solace. However, the main reason the Giants are so important to the book is that in early 1978, it was widely believed that the Giants would move out of San Francisco after the season. Their excellent season and strong attendance stopped that from happening. That ended up being very significant because after Jonestown and the assassinations, the city was reeling. Had the Giants left, it would have been a big blow to a badly wounded city and might have been one blow too many.

Another event you discuss is the assassination of Harvey Milk, a leading political activist for the LGBTQ+ community. How do you think the mobilization of marginalized communities fighting for equality impact the politics of a city?

George Moscone and Harvey Milk changed everything in San Francisco politics. Moscone is often seen as just the straight career politician who was killed the same day as Milk, but he was an extremely important figure in San Francisco and beyond. He was the first candidate to win a major race by promising both LGBT and African American social movements that he would fight for their civil rights. He was supporting gay rights as majority leader of the state senate before Harvey Milk had ever gotten elected to anything and as mayor brought meaningful diversity to San Francisco governance.

Harvey Milk was in office for only 11 months, but in that time showed that he understood social movements, politics, and political power. His courage, eloquence and commitment are widely recognized, but Milk also understood how to pass laws, build coalitions and make policy. Through that he had an enormous impact on San Francisco politics, because the LGBT elected officials who followed him have also understood the importance of gaining and wielding political power.

What do you think has been the biggest difference between 1978 politics and 2020 politics?

Rather than write a longform essay in response, I will just say the following: In 1978, Jim Jones was a demented cult leader who decamped to Guyana and killed 800 of his followers. Compared to the demented cult leader in the White House who has, among other things, recently urged his followers to contract and spread a deadly virus, Jim Jones was a piker.

What’s the number one takeaway about politics that you hope readers will walk away from San Francisco Year Zero with?

In the book I stress how San Francisco was a very politically divided city in 1978. Anybody who wants to understand San Francisco, would benefit from understanding some of the political history around that.

San Francisco is frequently the butt of jokes and criticisms, although not so much now during the pandemic. However, San Francisco politics and social movements have been extremely influential nationally. The progressive vision at the center of Moscone’s 1975 campaign and time in office was really the template for most progressive mayors since. Similarly, after Moscone was killed, his successor Dianne Feinstein created a model of governance that drew on Moscone’s liberal social policies while being much more friendly to business and real estate interests than Moscone had been. That was also new at the time, but is the model for many centrist mayors. It is not hard to see echoes of Feinstein in, for example, Michael Bloomberg’s twelve years as mayor of New York.

Bonus: What other books would you recommend to our readers?

I will recommend one baseball, one San Francisco, one punk book and one fiction work.

Baseball-Ball Four by Jim Bouton was one of the many books that made me fall in love with the game. Bouton brought humor, irreverence and a real human perspective and changed the way we think about the baseball.

San Francisco Politics-A Rage for Justice by John Jacobs is a biography of Phil Burton one of the most influential and important progressive politicians in the history of California. It is a great book about San Francisco, Sacramento and Washington politics and social movements, but also about how political power is used.

Punk-The Heebie-Jeebies at CBJB’s is about the influence of Jews and Judaism on the New York punk scene. The San Francisco punk scene was much less Jewish, but this book is one of the few books on punk that provides real analysis. It also is a great view into a corner of postwar American Judaism that doesn’t get a lot of attention.

Fiction-The Dark Forest trilogy by Liu Caixin is not the kind of book series I usually read because I rarely read science fiction, but this was captivating not just because of the story, but because the way it worked on so many levels including existential discussions of physics, veiled discussions of Chinese history and politics and an insight into a world that does not locate the US at the center.