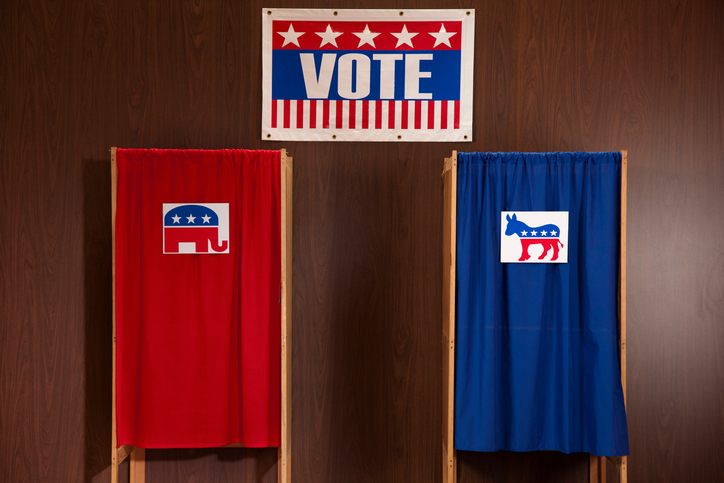 Seth Masket on why Political parties matter and the activism that changes them in the long run.

Seth Masket is a political scientist based at the University of Denver who specializes in political parties, campaigns and elections, and state legislatures. In 2016, he authored The Inevitable Party: Why Attempts to Kill the Party System Fail and How they Weaken Democracy. Seth Masket writes a weekly column with Pacific Standard. He is a founder of and regular contributor to Vox’s Mischiefs of Faction political science blog. His research has also been featured in The Washington Post, The New York Times, FiveThirtyEight, and Politico. We asked Seth Masket for his take on the current state of political parties and the implications for midterms and 2020.

1. What are the greatest misconceptions out there when it comes to American political parties and how they function?

I’d say the biggest misconception is that political parties are some sort of alien presence that just make politics harder. They actually make politics possible. Without functional parties, political systems are less transparent and less stable, and it’s harder for voters to participate and to know what they’re voting for.

Another common misconception is that primary elections and general elections are basically just the first and second stage of the election process. Conceptually, they’re completely different things. A general election is supposed to be the moment of accountability in the political system when any adult citizen, with very few exceptions, can weigh in. A primary is a way for a party to pick who gets to compete in that general election. (There are other ways to do this, including conventions and caucuses.) It’s an internal decision a party makes, ideally in a way that balances policy preferences and electability.

2. Has Trump’s election changed your approach to studying the power of party elites?

It’s perhaps changed my assumptions going in. I have often proceeded from the assumption that party elites take the nomination of candidates, especially presidential candidates, extremely seriously because the costs of getting it wrong – both in terms of failing to achieve one’s policy goals and losing an election – are very high. Republicans in 2016 went with a presidential nominee who didn’t have particular commitments to most party priorities and, at least at the time, didn’t look very electable. Republican elites kind of let that happen and then largely rallied around the end result.

3. Has Trump’s election impacted the way you teach your students about campaigns and elections in general?

Yes and no. I’ve taught for years that political fundamentals (the strength of the economy, war/peace conditions, etc.) are vitally important and that campaign activity only matters at the margins. I’ve also taught that party identification is of massive importance and that voters will almost invariably line up behind whoever has the right party label next to their name regardless of who that person is. 2016 strongly reinforced those views.

On the other hand, I’m still struggling with how to use Trump’s campaign in class. I’ve long held that campaigns have minimal effects, but they should still have some effects. People critique Hillary Clinton’s campaign for a number of missteps, but the Trump campaign committed dozens of atrocities that are supposed to end campaigns, if not careers. He attacked a Gold Star family, for Pete’s sake. He threatened to jail his opponent and said he wouldn’t accept the outcome of the election if he lost. He publicly begged Russia to interfere in the election. He made numerous visits to uncompetitive states in the summer of 2016. The RNC came out of 2012 worried that it was losing elections by offending women and racial minorities; Trump doubled down on that strategy. He won anyway. Were I a campaign consultant, I can’t think of many of Trump’s actions that I’d encourage my client to emulate. I’d want them to avoid doing those things. Shows what I know.

4. We’re seeing lots of first-time candidates running for office on both sides of the aisle this year. What does this trend mean for the future of American political parties as we know them?

It’s exciting that people are so engaged that they’re not only marching, donating, and voting, but actually running. But new candidates in both political parties seem far more strident and less committed to the way their parties have run in the past. A good many will likely win without their party’s blessing. All of this will make it harder for those political parties to function in government.

5. Democrats have been divided in the past in terms of platform/ideology. Is there anything unique about the current divisions we’re seeing as the party prepares for 2020?

The Democratic Party doesn’t really have a strong ideological rift right now the way it did in the 1960s. Ardent Clinton supporters and ardent Sanders supporters, for example, largely agree on a great deal of policies, from abortion and guns to immigration and civil rights. But they seem to disagree on the intensity with which to pursue these goals and the tactics they see as acceptable to use.

6. What advice do you have for young people who are feeling uninspired by the state of our politics?

If anything, this era is showing us the importance of activism and involvement and the costs of non-participation. Our political parties are more interested now in looking for ways to engage young people’s interests than I’ve seen in decades. Now’s a great time to get involved with candidates, with political parties, with interest groups, or with some other aspect of the political system, long before the general election. It’s never a quick payoff, but you really can change a party and change the political system with your labor.

7. Have you read anything recently that sheds interesting light on the state of the American electorate?

Lilliana Mason’s Uncivil Agreement strikes me as a very important recent book for understanding the roots of partisan polarization. It reminds us that partisanship isn’t simply boorish behavior – we have deeply ingrained motivations toward thinking in terms of group identities and trying to bring down rival groups even if it makes us worse off.

Daniel Ziblatt and Steven Levitsky’s How Democracies Die is a very engaging read, touching on the importance of parties to democracies and drawing on lots of examples from around the globe to inform an analysis of current US politics.

Thank you Seth Masket for Answering our questions. Have more questions about political parties? Ask them here!