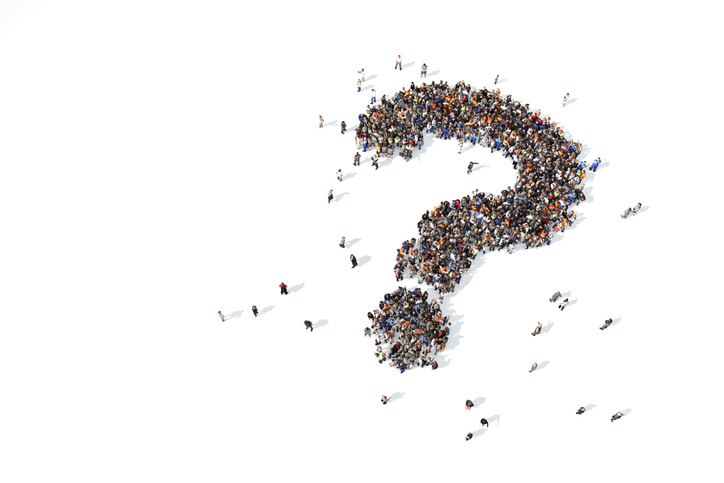 7 Questions with Lewis Granofsky, Partner at FieldWorks on Ballot Measures and Ballot Campaigns

Lewis Granofsky is a successful and experienced political and grassroots organizer, and a partner at FieldWorks. He has extensive field experience managing ballot initiatives, community-based marketing programs, canvassing, and activist recruitment. Lewis has managed numerous successful outreach and fundraising canvasses for organizations such as The Sierra Club, Human Rights Campaign, SEIU, and many more groups. Lewis has also developed and expanded a unique initiative signature gathering model that builds field muscle, pays petitioners an hourly living wage, and emphasizes fraud prevention and quality control. His firm, FieldWorks, qualified more statewide initiatives than any other firm in 2018. Learn more about Lewis, his tips to launching a successful ballot initiative, and his approach to signature gathering below:

1. What are the largest obstacles to gathering signatures to launch a ballot initiative?

Just like every campaign program, the most important resources for a signature drive are time, people, and money. Time often being the most important and biggest challenge. The less time campaigns have to circulate, the more money and people are needed for qualification, and the people and money resources need to grow exponentially as the timeline shortens.

The problem of time is often exacerbated because the same thing is happening in several initiative states at the same time. This means less national capacity and resources for everyone, and campaigns are often competing for resources with other states.

To make things even more challenging, time delays often lead to campaigns having to start their drives during the worst seasons for collection (in terms of weather), and sometimes campaigns just forget to consider weather as a variable.

2. How has this changed over the years?

Unfortunately, these challenges have gotten worse over the last four cycles. This is mostly due to a significant increase in the number of progressive initiatives that are being run around the country, all with similar deadlines. National donors and funders now have more decisions to make about which initiatives to invest in, creating even more delays in funding and subsequently in starting the signature gathering process.

In states with Republican-controlled legislatures, conservatives have been working to change the qualification rules to make qualification more difficult and to put even more constraints on resources and time. Fortunately, the FieldWorks signature gathering program has not really been impacted by most of these rules, since they are primarily written in a way that creates hurdles for the "Pay Per Signature" Independent Contractor model, and have little effect on the hourly pay model that we run.

Additionally, the hourly pay model means hiring local circulators that have gone through a background check and managing them directly every day. That means meeting the new requirements being passed in states is usually not an issue, competition with other campaigns for circulators in other states is not an issue at all, not to mention the big value-add for campaigns of hiring locals in the community and managing them directly.

3. How do ballot measure rules and regulations vary across states, and how does this impact their likelihood of success?

4. What are new state regulations coming up and how will they affect signature gathering?

Republican-led legislatures around the country are trying to slow down the citizen initiative process by changing laws to make it harder to get issues on the ballot. While their efforts are driven by bad intentions, and supported by bad actors, the steps they’ve taken are not necessarily bad for the petition process in the long term, and they will not prevent progressive organizations from qualifying drives. However, in some states, those new regulations can make qualification more expensive. The good news is that conservative funders and groups working to pass bad initiatives are going to have a much harder time adapting to these new reforms than our progressive community will. A few examples of the most common regulations that are being proposed or have recently passed that we believe are good for the process are:

Requiring circulator registration, affidavits, and training has no impact on signature gathering. Collection firms should not be afraid to register or report their signature gatherers. Again, they should have employee/employer relationships with these circulators, making this process easier. You want to know who is working on your drive BEFORE they work for you, not after the fact. The other three new rules that we’ve seen legislatures passing or trying to pass this cycle are:

Increasing the signature requirement or shortening the timelines are not great for the process. These are specifically meant to hurt the process and make getting on the ballot more expensive and difficult. Not to improve the process.

No. It doesn’t automatically mean you need more money to qualify. Six years ago, we would have said “yes, no question”. However, that is not necessarily the case anymore. Average petition signature costs over the last two cycles have been almost the same for hourly pay model budgets compared to paid per signature programs. In fact, hourly pay models are a lot more predictable and transparent than the typical Independent Contractor model. Anyone involved in initiatives over the last two cycles is fully aware how quickly the cost of Independent Contractors can unexpectedly skyrocket in the middle of your drive due to other initiatives in the state or changes in the “national signature gathering market” due to other states running high paying initiatives. Budget overruns can happen in any operation, but the hourly paid model using local staff is NOT impacted by what’s happening with initiatives in other states.

Don’t accept the old conventional wisdom that pay-per-signature is always going to be cheaper, they just start cheaper.

6. How should progressive ideals influence the process of gathering signatures for a ballot initiative?

The most important thing is paying circulators an hourly living wage, with benefits. Not only because it’s the right thing to do, but also because it provides more value and a better program for our campaigns. An hourly employee model means hiring local staff with daily management and message control abilities that’s don’t currently happen with Independent contractors; the model makes our efforts more efficient, creates local advocates, and leads to more victories on Election Day.

Over the years, one thing that has developed, is progressive initiatives partnering up to combine resources and qualify together, saving lots of money (usually about 25% savings for each partner). That relationship created during the signature drive often carries over beyond qualification. It has led to more coordination between initiatives beyond the signature gathering phase (GOTV coordination, research and data sharing, and voter guides) which has proven to be extremely valuable.

7. What advice would you give to folks planning to launch a ballot measure signature gathering campaign?

1. How is technology impacting your work?

Technology has helped make us a much more efficient signature gathering operation and has really helped us add value beyond just collecting signatures. A few years ago, we successfully rolled out and implemented barcode scanning on each signature we collect in the field. We originally built it for quality control and tracking purposes, but quickly realized it allows us to collect additional signer data and implement instant engagement tactics with voters.

With technology now available, FieldWorks has spent significant resources and time developing a petitioner management, payroll, recruitment tracking, and communication system to reduce the amount of administrative burden on our office directors, which means more time spent on deliverables.

2. Can you share with us a book or article that has impacted your approach to politics and ballot measures?

I mean generally, in my youth, I was inspired and impacted by all the usual suspects that are on everyone’s list: Noam Chomsky, Howard Zinn, Betty Friedman, etc. Over the last 4 years, I’ve been really concerned about the growing vocal hate, racism, anti-immigration, and anti-Semitism in the country, and around the world. It seems to be getting worse every day—and that scares me. I read an article in Oct 18, after the Pittsburgh shooting—which inspired a long personal Facebook post about how I was feeling on this issue (which is very rare for me). So I thought maybe that was worth sharing: The Worst of Our Country - And the Best.