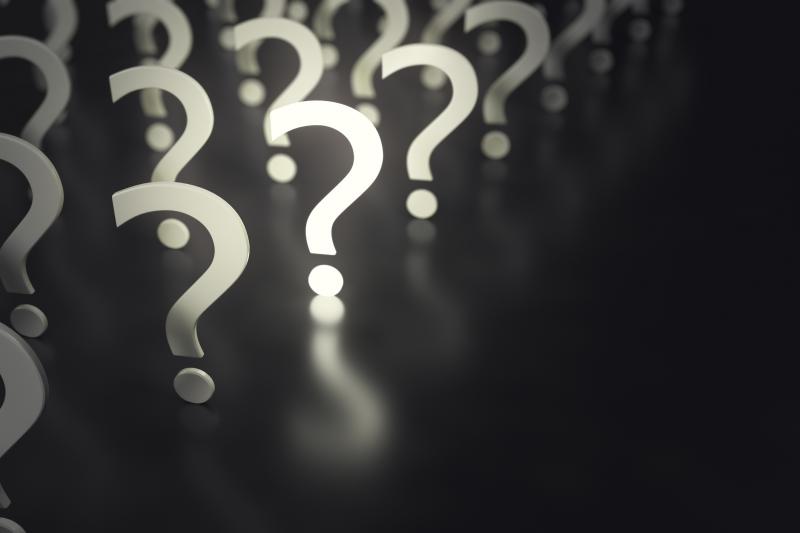 Meg Ahern is a social and behavior change expert working in international development, and author of the new guide, The Science of Influence: Harnessing Neuroscience and the Social Sciences
for Effective Democratic Campaigns. She focused her dissertation at Michigan on the role of emotion and social context in perception, cognition and memory, and did her postdoc in the sociology of knowledge at The University of Chicago. Since 2014, Meg has been working in international development in DC, where she's focused primarily on gender equality, social inclusion, and organizational development for USAID, UNICEF, and the Global Partnership for Education at the World Bank.

1. What was the inspiration for creating a guide for campaigns?

I’m passionate about social justice, so naturally advancing the progressive cause is high on my priority list – and has felt even more urgent since the election.  But when I looked around at what campaigns typically ask of volunteers, I couldn’t help but notice that it’s almost always phone banking and canvassing stranger-to-stranger, which violates the first principle of persuasion as far as I’m aware.  That principle is trust – messages are far more effective when they come from trusted people.  My dissertation at Michigan looked at the role of emotion and social context in perception, cognition, and memory, and then I did my postdoc in the sociology of knowledge at the University of Chicago.  After finishing up in 2014, I moved to DC to work in international development (mostly gender equality and social inclusion), which I've been doing ever since.  I couldn’t help but notice that all of these fields – academic and applied social and behavioral sciences – have so much evidence to share on what works in changing people’s minds and behavior, and I wanted to do whatever I could to help get this knowledge into the hands of Democratic campaigns.

As luck would have it, a wonderful colleague of mine, Rebecca Winthrop, supported this idea and rallied her own friends and colleagues around it – mostly other social scientists working in applied fields in DC -- helping us to get connected to people with campaign experience who could tell us about their challenges and questions, and reviewing drafts. Once we had a sense of the key questions that campaigns had, we brought these questions to experts in academia for insights from their fields.  It was a group effort, and a labor of love (we met after work in people’s homes) and we hope it can be helpful in some way.

2. How do you and your colleagues intend the guide for campaigns to be used? How is it different than other campaign guides?

This is not a traditional campaign guide, and it’s not trying to give comprehensive information on how to run a campaign. Instead, it tries to complement the other information out there by offering something new. It has a very different evidence base – while it does draw from and speak to political science, it emphasizes findings from neuroscience, social psychology, cognitive science, and other fields in the social and behavioral sciences that haven’t gotten as much play yet in the political world. It also incorporates lessons learned and best practices from international development and public policy, with the hope that some of the methods that these very different fields use to meet similar challenges can be helpful to people running campaigns. Our hope is that the guide will be used by the Left for ideas and inspiration and that they will then dig deeper to better understand how these concepts apply in their particular situation, and test them out. We’ve included a chapter on how to do more testing and adapting in a campaign context.

3. How can campaigns benefit from learning from the broader social and behavioral sciences, and from applied fields like international development or public policy?

The field of international development has a vast amount of experience convincing people, communities, and societies to do hard things that are very culturally complex: convincing families to send their daughters to school, to stop FGM, to adopt vaccination, to counter violent extremism. We’ve been doing behavior change on an individual level as well as broader social change, and have many decades of evidence on what works and what doesn’t.  And the academic social and behavioral sciences have a wealth of knowledge on this as well that the world of political campaigns mostly hasn’t tapped into yet, beyond political science and some behavioral economics.

4. Do you think it is possible to change people’s political paradigms through behavioral psychology?

Yes, the knowledge available from the broader social and behavioral sciences (and applied fields) can make a difference. They can also help with the turnout and the mobilization of people to volunteer, which is one of the most important ways Democrats can win. But yes, you can also get some movement around the edges even on persuasion, if you are smart about combining cognitive, emotional, and social factors of how people are influenced. The guide talks about a couple of current models for understanding how these factors operate: dual-processing models like the elaboration likelihood model or Danny Kahneman’s Thinking Fast and Slow, or a new theory of cognitive modes from the co-founder of cognitive neuroscience, Steve Kosslyn.  The takeaway is that campaigns should design their communications and outreach strategies with diversity in mind, understanding that some people (in a given moment) will be more moved by reasoning, others by emotion, and others by social norms (and all by some combination of these three factors, to varying extents). This is why employing a range of messages and tactics that weight these differently should be the best way to reach the most people and to make the biggest impact.

5. What roles do social and emotional factors play in decision-making and behavior around voting?  What implications does this have for campaigns?

The scientific consensus is clear that decision-making always involves emotion. Emotions and social influence affect how we perceive, evaluate, process, and remember information (and even experiences). In terms of persuasion: It’s true that we tend to vote with our tribe -- to the extent that we feel our tribe has a strong position (i.e., less so in primaries and ballot initiatives). But that also means that when our tribe changes, we can change – and it can just take a handful of people in our lives supporting a new position before we feel it’s socially “safe” to adopt that position too. In terms of turnout: campaigns should focus on tactics that help promote social norms around coming out to vote, and making use of social networks of relationships to help people plan and follow through with voting. A study showed that receiving a phone call prompting them to make a specific election-day plan for voting increased turnout particularly for people in single-voter households – talking about it with someone helps. We have reason to believe that talking about it with someone you know would help even more.

6. What is the best approach to reach and persuade voters?

Relationships are key. Trust is paramount. The best way to use your supporters in most cases is to help them to talk to their own friends and family. The best way to reach a community is through community leaders and other people and institutions that the community trusts and admires. If you don’t have those relationships, start building them yesterday! Beyond that, make sure your messaging includes a smart mix of social, emotional, and cognitive-reasoning elements so that you’re addressing the all of the three bases people have for making decisions, as we’ve been discussing.

7. What social science books have you read/would you recommend that teach people how to do campaign work better?

Not many social science books (outside of political science) set out to teach people how to do campaign work better – they’re usually focused on understanding human behavior more generally – but the ones on your blog (“Psychology books every political consultant should read”) are the best of the bunch for that. For a more general understanding of relevant aspects of human behavior: My personal favorite topic is cognitive errors, and a really handy and readable one book though is The Art of Thinking Clearly, which has a page or two explaining each of 99 cognitive errors.  For a fascinating read on how often we’re wrong about our own rate of cognitive errors, check out The Invisible Gorilla: How Our Intuitions Deceive Us.  These help you understand how people actually make decisions vs. how we think we do. And neuroscientists generally publish their research in articles, not books, but don’t forget them -- look for the articles of Emily Falk (a social neuroscientist at Penn who studies what makes messaging lead to behavior change, and what makes messages go viral).

8. What changes do you want to see in the political field with regards to international development?

International development traditionally gets bipartisan support, and that’s a good thing. People get that it’s important for a host of reasons: it’s the compassionate and just thing to do; it helps build security and counter violent extremism; it builds up the global economy in a way that benefits everyone. That should continue. But we need to keep American politics out of international development. The Global Gag Rule does a great deal of harm, and I’m willing to bet that its supporters don’t even understand the scope of the harm that it does.

Before the Global Gag Rule, foreign NGOs were already barred from using any US funding for abortion-related counseling, information, advocacy, or services. But the Gag Rule goes many steps further and says that if any foreign NGO uses *any* of their *non-US* funding for any of that, in any of the countries they operate in, they are barred from getting any US funding for *any* global health causes -- such as fighting HIV, malaria, TB – or even water, sanitation, and hygiene programs. Not only does this destructive and overreaching law decrease access to contraception and thereby increase the number of abortions, it also directly contributes to increases in preventable deaths, including deaths of children and of women in childbirth, and it makes global diseases like HIV, Zika, and Ebola harder to control.

9. What’s the most counterintuitive finding you’ve found when it comes to effective campaign tactics?

For me, the most counterintuitive finding is that not everyone finds arguments centered around fairness, equality, and the prevention of harm as compelling as I do. For me, these values are the definition of ethics. But a study published in 2015 found that conservatives were much more convinced to support the ACA by the argument that uninsured people equal more diseased Americans (triggering disgust) than they were by the argument that health coverage is a basic human right (triggering compassion, solidarity, and the desire for justice). This is one study of many supporting moral foundations theory, or the idea that people on the Right versus the Left are differentially compelled by values such as fairness or purity; or loyalty, or the prevention of harm. I believe the research, and I see it confirmed in political rhetoric, but I still find it incredibly counterintuitive that others don’t find as compelling the moral values that are, to me, utterly foundational and axiomatic. But, of course, that’s what moral foundations mean.