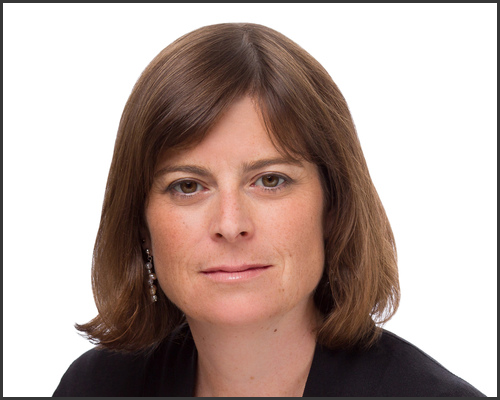 Anna Greenberg is no stranger to campaign strategy. She is a Democratic pollster with over fifteen years of experience in the field. She’s worked on everything from research for NGOs to polling for Mayor Bill de Blasio’s campaign, which won her “Pollster of the Year” in 2014. We asked Anna Greenberg about her work, and what every campaign should know about polling.

1. When it comes to designing a poll or putting resources into other research, what is the number one question you wish campaigns would consider?

It’s also important for campaigns to know the good things their candidate has done in the past. Campaigns tend to focus on the negatives when they conduct research on their candidate internally – in crafting a campaign strategy, most don’t devote enough resources to making sure they can articulate the positives in an effective way.

2. What is the most useful way for campaigns to think about their polling numbers?

Campaigns should remember that every poll is a snapshot in time, not a prediction of the future. All the advice for campaign strategy that comes out of polling is based on hypotheticals, such as how much money each side will raise or how your opponent will react to a particular message. Campaigns matter – a poll can’t control for unexpected things that happen over the course of any race. It’s important to remember that while a poll is important for informing your campaign strategy, you shouldn’t let it become your holy grail. When circumstances don’t unfold the way a poll says they will, there’s a tendency to say the polling is wrong; in reality, the poll was always a hypothetical document designed to help design your campaign strategy, not a concrete prediction of what the outcome of the campaign would be.

3. You’ve done polling for campaigns, non-profits, and for academia. How do you approach these sectors differently?

The timing and the pace differ for each. For advocacy and academic work, the timeline fluctuates more, and I might work on those kind of projects for an entire year. With political campaigns, there’s a much quicker pace around writing and fielding surveys and then processing the data. What’s more, polling is usually viewed more as a tool, a means to an end, in the campaign world. On big-think projects, the process is more thoughtful – designing the survey can be as important as the outcome, and there’s more sensitivity around pre-testing surveys to ensure you’re measuring what you set out to measure.

4. You’ve taken an interest in the impact of social media on public opinion. Should campaigns do the same?

In the political world, we focus a lot on quantitative surveys. In reality, there are other lenses through which we can observe public opinion, and social media is important in that overall landscape. At the same time, with our siloed Facebook newsfeeds, we have to consider if social media represents public opinion or the echo chamber we live in. It’s also crucial to acknowledge the increasingly important challenge for campaigns to distinguish between the bot-generated fake news (such as content on what Obama was doing during Hurricane Katrina) and the real, organic conversations that occur on social media every day. It’s not a simple topic, but we on the left have to consider the overall landscape and respond to it better than we have been.

5. Speculative polls are already coming out for 2018 and 2020 races. When should people start taking them seriously?

There are lots of attitudes we can measure now that will matter for future campaigns. Surveys that are already being conducted are especially relevant to determining the relative weakness of incumbents. We shouldn’t view these early polls as predictors of whether or not there will be a Democratic wave in 2018 or 2020, but we can consider them alongside presidential approval ratings, economic indicators, and other fundamentals to determine what the electoral landscape might look like. We can work to figure out the factors influencing public opinion toward Trump and members of Congress to shape our messaging to exploit the weaknesses of incumbents.

6. Due to the speed of the news cycle these days, how do you judge which issues will be salient among the public today versus those that will matter six months from now when people actually go to vote?

You always have to keep in mind the bread and butter issues, the fundamentals that matter in any campaign. People still feel stressed financially since the economic crash. Events like the Charlottesville violence and Hurricane Harvey’s destruction dominate the news cycle for weeks and sometimes months, but at the end of the day, it’s personal experiences that shape voting decisions. Health care, education, transportation, and housing costs are the kind of issues that will always be front and center for people.

7. Any book recommendations that you think are relevant to the time we’re living in?

I mostly like to read noir mystery or dystopian novels – I’m a big fan of authors like Jo Nesbø, Philip Kerr, and Justin Cronin. I’ve also been reading Jonathan Haidt’s The Righteous Mind, which is an important one for the left. As liberals, we often want to explain to our opponents why their worldview is wrong. This book is a good reminder that most people’s thoughts on government and politics are more about gut and emotional reaction than rational processing. By understanding the moral foundations that people draw upon to interpret any issue or news story, we can better communicate with them.

Bonus: What do you do to relax in the chaotic Trump era?

It’s helpful to not talk about politics when I’m not at work – I spend time with my kids, I read a lot. If I read nonfiction, I’ll choose a biography.