Which Political Campaign Should You Hop on this Election Cycle?

Which Political Campaign Should You Hop on this Election Cycle? 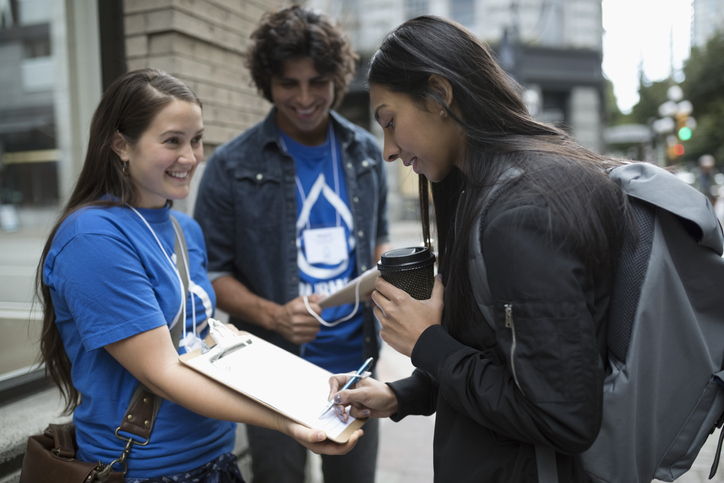 Are you interested in getting involved in a local, statewide, or nationwide political campaign? Though it’s easy to get excited by the idea of being a part of a presidential campaign, it’s important to remember that local and statewide campaigns are just as important and often lack the support that they need. What more, in smaller races, you have the opportunity to really see the impact of the work you put it.

When thinking about what issues are most important to you, there are two parts to consider. First, you want to think about which issue or set of issues are most important to you. Do you want a candidate who is fully focused on the environment and addressing climate change, or do you think universal health care is a more urgent need? Do you want a candidate whose main priority is raising the minimum wage, or one who is committed to finding solutions to the opioid addiction crisis?

The second thing to think about is where you stand on each issue. Though the Democratic party agrees on many issues broadly, as we know, there are factions within the party. For example, do you want to support a candidate that is committed to Medicare for All, or one who supports a public option as a supplement to private insurance? Do you support a universal income policy, or are you more supportive of traditional social services?

For local and statewide political campaigns, it’s important to do your homework and look into the party makeup of the district. If it looks like the district isn’t flippable or the candidate isn’t right for the district, you may want to look into supporting a candidate in a swing district who has a path to victory.

Overall, when considering which political campaign to get behind, you should be both idealistic and pragmatic. Political campaigns are long and hard, so it’s important to make sure that you align with a candidate and their values. However, it’s just as important that you evaluate whether the candidate is viable and that the district is flippable. Have more questions? Check out this blog for more #winning campaign tips.