How to Write a Campaign Mailer for a Judicial Campaign

How to Write a Campaign Mailer for a Judicial Campaign 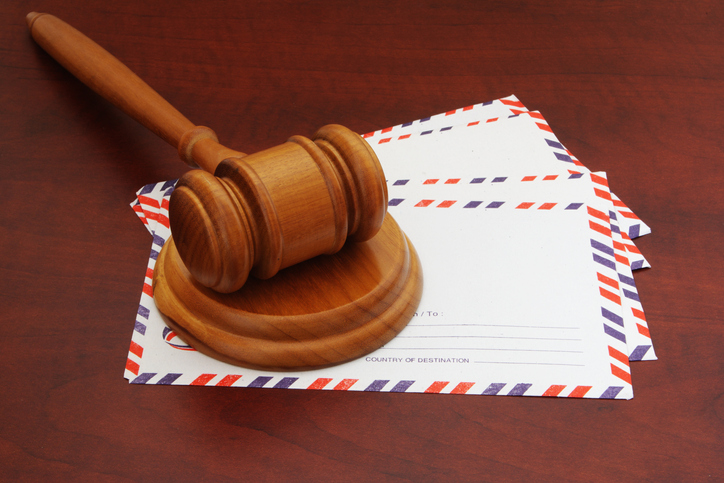 Writing a campaign mailer for a judicial candidate presents its own set of challenges. For most legislative races, it’s easy to say that you’ll “stand up for affordable healthcare” or “fight for a living wage.” But judicial candidates often can’t come out for or against a particular issue. If they do, they may have to recuse themselves in the event that they win and one of those cases comes before them as judge. So, if you can’t say you’ll be for or against something, how do you develop a contrast in your campaign mailers and persuade voters to be on your side? Below are some tips on writing effective campaign mailers for judicial campaigns.

Emphasize your experience
I get it, we’re all tired of campaign mailers that talk about how a politician has more experience than their opponent. And as we’ve seen at the state and national level, voters don’t always go with the most experienced choice. But when it comes to judges’ races, voters typically do care about experience. Use your campaign mailers to talk about your record as an attorney or some of your most notable accomplishments. If you’ve served as a judge before or are running for re-election, all the better. Electing a judge who’s been a judge is something voters tend to care about, so lean into your “incumbent’s advantage” and talk about your years of experience and refer to yourself as “Judge Smith” within your campaign mailers.

Talk about your life story
For any campaign, your life story can be a powerful part of your message. Since you can’t talk about specific issues, this can be particularly important for judicial campaigns. Chances are, if you’re a competitive candidate for judge, you’ve done some pretty significant things in your career. Starting at the beginning of your story and talking about how you got to where you are can be a compelling narrative for a campaign mailer. If you’re a long-time resident of the community, this is also a great opportunity to talk about your deep roots and how you know and share the community’s values.

Leverage endorsements
While you can’t talk about the issues as a judicial candidate, there are rarely rules against highlighting endorsements from high profile organizations as a proxy for how you may rule on a case. For instance, while you couldn’t come out and say that you would protect a woman’s right to choose on the bench, emphasizing your endorsement from Planned Parenthood can send a strong signal to voters about where you’d stand on that particular issue.

Talk about what the court should be doing better
Depending on the type of race, many judges have fairly wide latitude on what’s allowed within their courtroom. One of the things you likely can talk about as a judicial candidate are the logistical issues the court needs to improve. Is there a need for more Spanish translators? Would you open up access to smartphones in the courtroom? Does the court need more types of pretrial diversion? Showing that you will reform the court in a way that makes it work better for everyone can send a strong message in a campaign mailer.

Talk about why judges/the court matters
It’s an unfortunate fact that judicial races often experience a significant rate of voter drop off. As a lawyer, you may take for granted that most voters don’t know what the court does, why that matters, or, in some instances, that they even vote to elect their judges at all. One common thing to do in campaign mailers for judicial candidates is talk about why the court and, consequently, who they elect as its judge, matters to them. If you’re running for a district court seat, you can talk about how this is the court that most people in the community will interact with day-to-day. If you’re running for an appeals court, talk about how the court is a watchdog to make sure bad, partisan rulings get overturned. This tactic can help drive awareness about what’s at stake and decrease voter drop off.

The most important thing about campaign mailers for judicial candidates is that you are keeping a close eye out to avoid recusal issues. Every district tends to have its own set of formal and informal guidelines, and, in some areas, even some of the items laid out above would be problematic topics for a campaign mailer. Make sure you’re running your campaign mailers by an experienced local elections lawyer who knows what types of things are and are not allowed in your race.