Creating a Vote Goal for Your Political Campaign

Creating a Vote Goal for Your Political Campaign 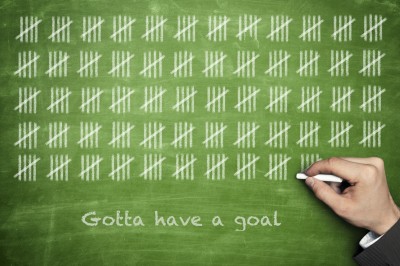 What Is a Vote Goal? And Why Do I Need One?

When you are writing or implementing a political campaign plan you need a vote goal. Simply put, your vote goal is the number of votes needed to win your election, and yes, you definitely need to know what this number is. Your campaign has one goal: to convince enough voters to show up to the polls on Election Day (or to vote early) and vote for you. The campaign should keep this goal in mind and make sure every decision that’s made moves the campaign closer to this goal.

How to determine your vote goal?

Your vote goal will depend on what kind of race you are in and the likely percentage of voter turnout for the election. In a two person race (usually a general election or run-off) it is best defined as “50+1” or one more than 50% of the votes cast on Election Day. If you are in a multi-candidate race you will need to take that into consideration and know that your goal may be less than 50% of the votes cast.

In order to account for a margin of error and ensure a victory we highly recommend setting your goal to 52%, or a percentage point or two above the bare minimum, you need to win.

Before you can determine your exact vote goal you will need to know some information about your district. First, looking back at a similar election (the last off-year municipal, the last presidential primary, etc.), you will need to know the percentage of registered voters who turned out for that election, and second, what the current number of registered voters is. You can normally get these numbers from the Board of Elections. Multiply these two numbers together (turnout % for the last election X current number of registered voters) and have your expected turnout. Now multiply that number by .52 and that is your goal.

Tags
Vote Goals, Digital Get Out The Vote, political campaign