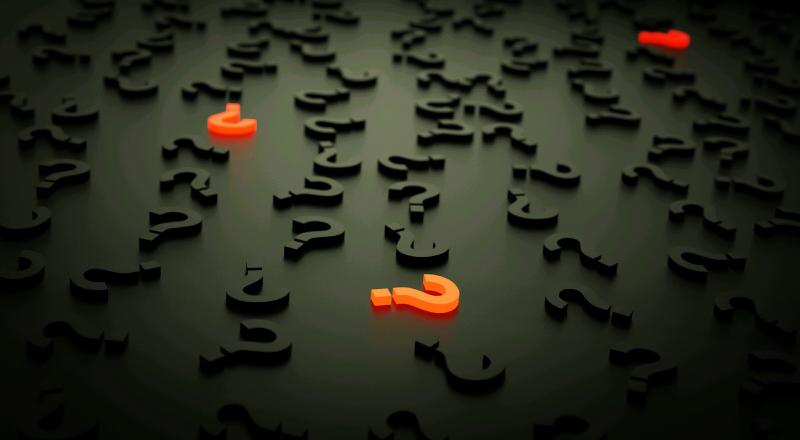 Bernie Horn of the Public Leadership Institute shares his insight on progressive messaging and campaign strategy.

Bernie Horn is the Senior Director for Policy and Communications at the Public Leadership Institute, a nonprofit and nonpartisan organization that works with a network of 13,000 progressive state and local policymakers on a wide range of economic and social issues. Bernie Horn is the coauthor of Voicing our Values: A Message Guide for Policymakers and Advocates, which describes how progressives can more effectively frame their arguments to persuade audiences. Below, Bernie Horn shares some tips on how to shape your progressive campaign strategy, get people to realize they agree on the issues, and make policy debates more accessible to voters.

1. What are the key issues that progressive lawmakers should be pushing in 2018, and how do you determine which legislation to urge them to introduce?

In every jurisdiction, progressive lawmakers and advocates should thoughtfully construct a package of perhaps five to ten bills to introduce and promote in their 2018 sessions, with the idea of helping shape the debate through the general elections. This package should illustrate progressive values, answer the question “what do progressives stand for,” and demonstrate the sharp distinction between us and our conservative opponents. The reason for an agenda of proactive bills, rather than a list of areas where we’re fighting awful right-wing legislation, is that it presents us (accurately) as agents of change, not defenders of the status quo. If we learned anything from the 2016 primary and general election battles, it is that Americans want change.

Each jurisdiction is different, but here are a few policies (with hyperlinks) that might fit into a short progressive platform anywhere:

2. How do you combat arguments that a piece of progressive legislation is unrealistic?

Political advocates and activists live in a different world from the voters we are trying to persuade. We are alone in worrying about whether a bill can pass. Most average Americans are in a fairly desperate day-to-day struggle with problems like housing debt, credit card debt, student debt, lack of decent-paying jobs or affordable health care, underfunded schools and social services, drug addiction and domestic violence. Average people don’t perceive these as political issues, they see them all together as life.

In 2016, neither Bernie Sanders nor Donald Trump particularly cared if legislation was realistic. They talked about policies that addressed voters’ real problems. They used policy to illustrate a much bigger and more important matter—the thing that voters are actually looking for: which leader is on their side and will not just talk, but fight, for them?

Progressives need to lay out a vision, with legislative examples, to break through the apathy, cynicism and ignorance of non-aligned voters. Conservatives have been introducing aspirational bills for decades, and it has worked for them.

3. How can progressives across the board better persuade folks to confront their biases and reconsider their stances on politics and policy?

First, we must understand that everyone has deep-seated beliefs, biases and stereotypes about every aspect of politics and policy. It is next to impossible, without years and years of work or some catastrophic incident (e.g. September 11), to change people’s fundamental beliefs. So successful persuasion cannot be about getting people to change their minds—it must be about getting them to understand that they agree with us already.

We do this with three tactics:

You can start in agreement by empathizing with your listener’s problem (“you’re right, our tax system is unfair”), or by identifying a widely-recognized problem (“prescription drugs cost too much”), or by stating a policy ideal (“everyone should pay their fair share in taxes”).\

You can use values like freedom, privacy, fairness, opportunity, safety or security to describe the kind of society you’re trying to build. Since virtually all Americans believe in the importance of these values, you stay in agreement with your listener by using them.

You can show listeners how they benefit by explaining what a proposal will do for them, their families, and their communities. Persuadable voters are individualistic. They are not motivated by the “common good” as we may be. Even if a progressive policy directly benefits the poor, who are generally not persuadable voters, those policies at least indirectly benefit the middle class. That’s what you need to talk about, that’s how you make listeners understand that you’re on their side.

4. What kind of messaging mistakes do progressive elected officials make in talking policy (whether with voters or with colleagues during floor debates)?

Failing to use the three tactics above is the most common messaging mistake. But also, elected officials and political insiders tend to use language that average Americans simply do not understand. On one hand, we tend to use the technical language of lobbying, like Rules Committee, Third Reader and CBO scoring. Or we use insider abbreviations like ENDA and TABOR and PAYGO. This kind of language is very valuable shorthand for professionals, but nonpolitical people don’t know a filibuster from a veto.

We also have a tendency to use ideological language like corporate greed, capitalism, single-payer or neo-fascist. While these words and phrases may quickly psych up our base, they make average Americans think you are not one of them.

Finally, we tend to embrace facts—the more the better. While that’s essential for governing, it is less useful in persuasion. Politics is not a battle of information, it is a battle of ideas. So, we need to talk more about people’s problems and the progressive ideas and values that will help solve them. Facts should be used more sparingly. If a listener wants more facts, s/he will ask for them.

5. How important is it to frame policy debates in a way that resonates with people’s values, and how do you do this?

There are a very small handful of issues that average Americans actually understand, like the minimum wage. Even after years of discussion, they still have absolutely no clue what the Affordable Care Act does.

For as long as I can remember, progressives have tried to persuade voters by discussing a laundry list of issues. Perhaps I’m showing my age, but the John Kerry 2004 campaign was based on “J-HOS,” which stood for Jobs, Healthcare, Oil and Security. Some earlier Democratic campaign agendas were called M2E2 or Me-Me for Medicare, Medicaid, education and the environment. None of this works.

Persuadable voters don’t think about, or even understand, a list of issues. They are the citizens who know the least about policies, legislation and political personalities. We assume these voters know what we know, think the way we think, and are persuaded by the facts and arguments that persuade us. That’s just not true.

While these Americans do not share our political knowledge, in their minds they share our values. They also agree with some conservative values. If we do not frame the debate to evoke our progressive values, conservatives will frame it to evoke theirs.

6. What or who inspired you to get into politics?

I suppose I should cite the inspiration of the greatest U.S. presidents, which would be true enough. But the more honest answer is that I was born in Washington, D.C. and have always lived in the area. I didn’t think I had much of a choice!

7. Which books should every progressive read?

If someone wants to understand progressive values and political persuasion, I have to suggest they read the Third Edition of my book, Voicing Our Values: A message guide for policymakers and advocates which is available as a free download here and on Amazon here. Similarly, for a short handbook on progressive advocacy, I’d recommend my Preparing to Win: A guide for successful advocacy available as a free PDF here and on Amazon here.

Besides those, the classic (and funny) Hardball by Chris Matthews; The DeMarco Factor by Michael Pertschuk; Works that Work by Frank Luntz; How to Win Friends and Influence People by Dale Carnegie; and all of the extremely practical ebooks by Joe Fuld and The Campaign Workshop.

A big thanks to Bernie Horn for answering our 7 questions. Want to get in touch with Bernie Horn? Visit www.publicleadershipinstitute.org, or reach out to Bernie Horn directly at bhorn@ourfuture.org.