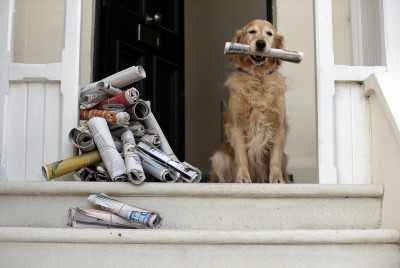 The Pros and Cons of Political Advertising Mediums

Political campaigns have a number of options when it comes to political advertising. Which political advertising medium a campaign chooses depends largely on their strategic objectives, targets, and, of course, budget. Below is a very general overview of the most common modern candidate campaign communication mediums and their pros and cons.

The cons of television are just as clear. TV media markets are often quite large and television currently offers only limited targeting technology. Thus, it’s possible that at least some of the people who see your ad will be outside your district, which is a waste of money. Television also tends to be the most expensive of all the major candidate communication mediums.

Direct mail
Direct mail is a tried and true method of targeted political advertising. One of the chief advantages of direct mail is that it is scalable to a variety of budgets. With modern data targeting techniques, direct mail is also a very precise medium. You can often send mail to the specific type of voters that you would like target.

One con of direct mail is the fact that it does not inherently come with a captive audience. This means you have to work to get your piece to stand out from all the other mail coming to an address. Further, while there are ways to track engagement (BRM cards, phone call follow-ups, etc.), direct mail does not offer the metrics and reporting that, say, digital advertising has.

Radio
Standard terrestrial radio is another fairly traditional method of political advertising. A few of the pros of radio are that fact that it can play to a captive audience (those at work, in their car, etc.) and it is reasonably priced (both in production and for the cost of airtime).

One notable con of traditional radio is that there is no real ability to target whom receives your ad, as it is distributed as far and wide as the signal will travel. Also, there are no means of tracking conversions, so you will rarely be able to accurately determine whether your radio campaign was effective.

Digital Ads
Digital advertising (including pre-roll, banners social media ads, digital radio etc..)  while much newer than the previous mediums, is now an often-used candidate communication medium. There are many pros to digital advertising. It is perhaps the most scalable medium in terms of budget, as one can spend almost any amount on a digital campaign. It also offers very precise levels of targeting sophistication and very detailed reporting and metrics to demonstrate an ads effectiveness, often in real-time.

Cons include the fact that digital ads will sometimes have limited copy space and thus offer limited opportunity within the ad itself to expand on issues and topics. Another potential con is the fact that some users may have become accustomed to ignoring digital ads, making it all that more important that your ads are unique and stand out.

Print Ads
Like radio and direct mail, print ads have long been a part of the candidate communication scene. Print ads share many of the same traits as radio, in that they have the benefit of potentially reaching a wide audience (depending on the publication).

We are not big fans of print ads for political campaigns there can be a very strategic reason for but many times folks are spending this money without a real strategic value behind it.  One of the significant cons of print advertising is the fact that they offer little in the way of tracking conversions or potential message testing.

Most campaigns use a mix of different political advertising  to address their target audience. Which mediums you use, and in what proportion, is up to you and should be based on the demographic you are trying to reach, how much you have to spend, and the depth of reporting metrics you need.

Have questions about choosing the right political advertising medium? ask the here: