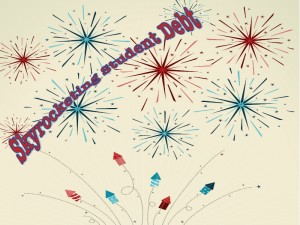 Want independence from student loans? As we break for the Fourth of July, we have students throughout the country facing a greater burden of debt. This is an issue that not only affects students; it affects our economy as a whole. Yes, Congress should act to retroactively decrease the rise in student loan rates, but there is still more that can be done.

I run a business where collectively my eight employees have hundreds of thousands of dollars of student loan debt—that is the norm these days. To make matters worse, there is little as an employer that I can do to help them.

I want a change in the law to allow me to give them a little help. If folks could use their 401k to pay off student debt, it would help them pay down the debt faster and allow employers to contribute. The federal government could also increase the amount that folks with student loans could put into their 401k, similar to what they do now with the Catch-Up Provision to allow people to give more on their way to retirement.

Folks might criticize this proposal as a disincentive for students to save. On the contrary, it will allow former students to get out from under the thumb of debt, and buy a house, or a car, or start a family, and to live their dreams—which is what a college education is supposed to help us do in the first place.