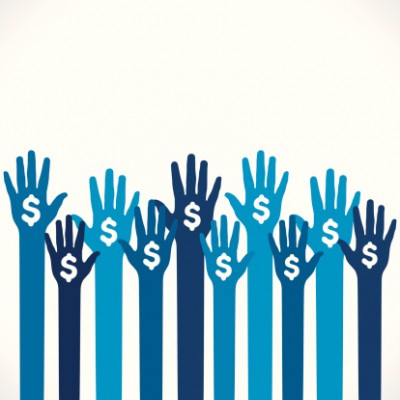 Advocacy Fundraising Isn't as Different as You May Think

Ask: The fear of asking for money is real, no matter who is doing the asking or what you are asking for. Whether you are working for a non-profit or a political campaign, the fundamentals remain the same. An advocacy fundraising effort is only as good as the ask. If you don't connect with donors and ask for a specific amount, you will be subject to the whim of the donor. That’s why you should be sure to include in your ask the reason you are asking for the money, the amount you are asking for, and when you need to receive their contribution. This, however, is something that political campaigns often do better than non-profits.

A non-profit sometimes incorrectly makes the assumption that once you meet with them, you are immediately on board and will give money. In many places, non-profits even decline to ask for a specific amount.

Follow-up is also essential in both advocacy fundraising and political fundraising. Many non-profits separate their activists from their donors and never ask their activists for a check. If individuals are singing-up for action alerts or have volunteered, be sure to follow-up and ask them for money.

List Building: The bigger your list, the more folks you have to reach out to for advocacy fundraising. And the more organized you and your supporter list are, the more money you will raise. The organizational aspect of fundraising is something many non-profits and political campaigns often miss.

Many people think that a professional fundraiser is someone who has a list of people they know to call who then miraculously delivers a large sum of money in return. However, that is rarely the case. A good fundraiser is a talented manager and organizer who can get other people to do things they did not think were possible. A fundraiser examines the assets of an organization and builds a fundraising list around it.

Urgency is another important characteristic to fundraising. Political campaigns do a good job of harnessing time as an inducement to give. The same should be done with advocacy. Good examples of establishing a sense of urgency are: “our bill is coming up in the legislature” or “our lobby day is coming and we need money to launch a paid advertising campaign.” Whatever you can do to create real urgency will help your cause.

Clarity is another critical component to your fundraising ask. Having clearly defined organizational goals will make a huge difference in whether your supporters become actual donors. Many potential donors will walk away if the mission is not clear.

Short vs. Long-Term: In political campaigns, the focus is on the short-term gift, because the mission is to raise money for a candidate. However, in a non-profit scenario, the long-term is as important as the short term because you are looking for donors who are more likely to give throughout their lifetime. This approach is something political campaigns can learn from non-profits. The ability to attract long-term donors who give substantially is central to successful advocacy fundraising, and it is something that campaigns, both political- and advocacy-oriented, too often ignore when planning initial strategies.

Tone: Tone is also important in an advocacy fundraising operation. The tone with which a political campaign operates is very different than one taken with by a non-profit organization seeking funds. Non-profits are generally building their donor lists for the long-term. Political campaigns, on the other hand, don't always see the long-term opportunity, and consequently tend to focus on short-term goals like primaries and general elections.